The misguided priorities of church authorities

Listen to this article

This has been a tough year for everyone. Death, mental collapse, grief, unemployment. In my church we’ve lost people to Covid — one of the earliest victims was a regular at our 9 a.m. Communion. We’ve lost people to mental health — one of the homeless men who came to our services, and who used to delight us by playing the piano, hanged himself over the summer.

Money is tight, and ancient buildings need constant repairing. Our Money is tight, and ancient buildings need constant repairing. Our Lady Chapel roof costs £280,000 and I still have to raise £100,000, without the help of any fundraising events. Most parishes are staring at deficits of tens of thousands of pounds, so they listened intently when, in November, the new Archbishop of York unveiled ‘A vision for the Church of England in the 2020s’. ‘Simpler, humbler, bolder’, what did that mean? Well, now we know. A leak to the Sunday Times has just revealed that it means the closing down of churches and the redundancy of clergy. ‘A number of dioceses are assessing… whether subsidised parishes should continue to receive such support.’ Subsidised parishes is code for ‘poor’. And rather than this being a matter of great distress to the episcopacy, it appears that the horrors of Covid-19 have presented them with an opportunity: ‘Many diocesan leaders believe that the financial challenges being exposed by the pandemic mean this is the moment to embark on radical changes to reshape existing resource patterns and ministry structures.’

Nobody can deny that we face an uphill struggle to survive as a church — 50 years of failed reforms, public feuds and drab appointments have made sure of that. What’s certain is that an episcopacy that gives an impression that it does not like the Church of England will guarantee its death.

This is why recent decisions have caused so much unease. “The ban on clergy from filming from within their own churches suggested a leadership that could not understand the value of these holy places to the people who worship in them. “e slew of cathedrals and churches cutting their choirs suggests a retreat from the traditions which built the church we hold in trust. “e refusal to allow extra priests to minister to the dying in hospitals in the pandemic’s early days gave the devastating impression of a church that had abandoned its people — an impression that even the sight of abandoned its people — an impression that even the sight of Archbishop Welby bravely ministering in St Thomas’ hospital has not fully put to rest.

All this adds up to the impression that the national church does not understand or value the little platoons that give it its life: the parishes, people, and clergy spread across the country ministering in the midst of death, mental collapse and Financial chaos. “is is why there is increasing outrage at the explosion of central positions while parish posts are being cut and at the church’s prioritising of trendy causes over actual parish ministry. Southwark, for instance, has got rid of 30 parish priests’ posts in the past decade, but still managed to find room in the budget for a ‘Director of Justice, Peace and Integrity of Creation’. They are not alone in this.

And this matters to the nation. When you hear of clergy being cut, you will also see the old and well-loved churches at the heart of English towns and villages — and slums and council estates — being flogged off. Parishes being shut down means foodbanks being closed, credit unions wound up, a centre of the community boarded over.

But all is not quite lost. Questions of life and death are at the forefront of people’s minds in a way we probably haven’t seen since the war. An episcopacy that harnessed this, that showed that it loved its quirky, ancient, curiously still-established church, might find a following in the next years.

Until then, the question has to be asked: are the people who have led us into this mess really the right people to lead us out of it? And if they aren’t, what are the rest of us going to do about it?

"In most cases, PCC amalgamations should be resisted by politely saying ‘no thank you’ and staying firm, even under pressure to change."

What do you think? #SavetheParish

@ChurchTimes Proposals which are doomed even before they reach any General Synod debate. #SaveTheParish

Imagine if diocese backed churches like this. Imagine if they said 'no way will we let you close' and put actual resources with turn around plans. #SaveTheParish

A sad start to the day...the table was set, but nobody turned up for the service at the village church in our benefice. We are actually meeting as a PCC tomorrow to discuss its future. 2

@bessantc @churchofengland All we believe we know comes through the church’s actions, in the ‘need’ for central funds
We may hope that the support voiced by @CottrellStephen for #SaveTheParish bears rapid fruit,as closing churches removes the source of income

More than 400 churches close in a decade amid ‘shocking’ threat to parishes
'Bedrock' of Church of England shows signs of crumbling, as analysis by The Telegraph shows nearly 1,000 have closed in just over 30 years
#SaveTheParish 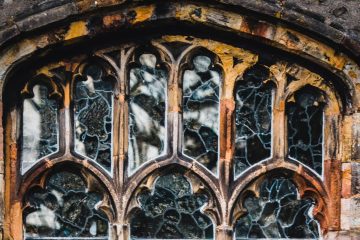 "If a church is sold, the diocese receives two-thirds of the proceeds, and the Church Commissioners one third. The parish gets nothing." 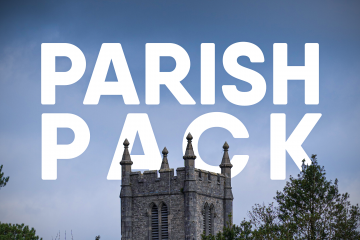 Listen to this article The Parish Pack (Last updated 11th January 2022) – View/Download PDF Version This advice has been prepared by Save The Parish (STP).  It is written to offer help and support to Read more… 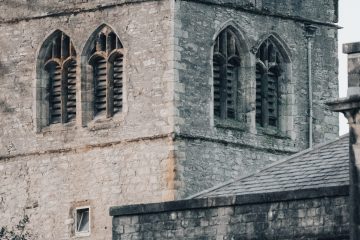 Letters: The Church must rediscover its true purpose | Various, the Telegraph

Listen to this article “The number of worshippers will only grow if the Church recovers its understanding of its central purpose.”