What the C of E can learn from the police

DURING the past few years, the police service in England has had to learn something that the Church of England is currently in the process of forgetting: the importance of being locally embedded. The parallels are not exact, but there are similarities that ought to make the Church think more carefully about what some dioceses are currently embarking upon.

During the period of austerity, cuts to police funding year on year meant that chief constables found it increasingly difficult to balance their books. Salami-slicing their budgets — reducing the stationery bills or the subsidies to the canteen by a percentage or two — sufficed for a time, but was no long-term solution. So, many forces decided to save money by withdrawing neighbourhood police teams and closing local police stations.

There are two types of uniformed officer: those in response teams, who cover a wide area and go out to incidents whenever a call comes and wherever it comes from; and neighbourhood teams, which are responsible for a geographical area. Incidents have to be responded to — you cannot decide not to go to a mêlée in the town centre, or to assist a person being assaulted in the park. But you can decide not to have officers walking the streets of a particular area, or talking to local community groups. So, neighbourhood teams were abandoned, officers joined response teams, and money was saved. But, in the process, English policing was fundamentally changed.

Although all this was finance-driven, there were always plenty of theories about why the disappearance of neighbourhood policing would not affect a force’s effectiveness. This was, after all, how most of the world did its policing. It was also thought that modern technology and the use of social media would enable officers to know what was happening across their police-force area and to keep in touch with communities. Some even suggested that a force might become more focused on its key function of tackling crime. But it radically changed the operating model. Crucially, no one asked the public what they thought about this.

Neighbourhood officers said that this was fraught with danger. They were invariably brushed aside. But they were right. Forces that went down this route found their intelligence about an area drying up. It allowed low-level criminality and anti-social behaviour to flourish. And, crucially, it led to the opening up of a gulf between public and police, as trust and confidence in the police ebbed away. The police were left talking only to themselves.

This was serious. The British way of policing requires public trust, because policing in this country is by consent. The police do what the public want and support, which is why they are not routinely armed. But the police ceased to be embedded in communities, and did not notice how damaging this was until it was almost too late.

In the past few years, police forces that went down this route have recognised the mistake and have changed their operating model. Neighbourhood teams are being reintroduced, not as an optional extra, but as the heart and centre of policing. You could police differently, but only at a price.

As I said, there are no exact parallels between two very different organisations: the police and the Church of England. But there are some lessons to be learnt.

The C of E has understood and organised itself in a particular way. Its theology of the Church is territorial and institutional: it is about dioceses and cathedrals, parishes and parish churches. It is not a missionary movement — which is why the Methodists broke away.

Its congregations think of themselves as having a responsibility before God for all who live or work in the parish. The vicar is appointed to the cure of souls. Worshippers pray regularly for the well-being of the whole parish, and hold the church building in trust for present and future generations. Anglicans are often deeply involved in local groups and organisations. They are rooted in their communities.

Critically, this model is also well understood and often supported by those who are not churchgoers. The vocabulary that we use — vicar, rector, curate, parish, parish church — has meaning for those who do not belong. It is this shared understanding, built up over generations, that allows the vicar to knock on a door, or call in at the local school or police station, without being invited. This operating model, with its neighbourhood focus, is what the police moved away from and had to recover.

All of this is now being put at risk by the Church of England. It is quite disingenuous to say that there will be a “mixed economy” or “mixed ecology”. No organisation can operate two operating models simultaneously without distorting its shape. It is a recipe for confusion and incoherence — which is already happening. (My chief constable asked me whether an oversight minister was a vicar.) And, in the present climate, the Church simply cannot resource two different models. Funds, energy, and people will inevitably have to focus on one or the other.

The police almost lost public trust and confidence. It was a hard and painful lesson to learn, and many theories had to be abandoned before they found again the heart of British policing. We will always need a police force. We cannot assume people will take the same view of the Church of England, especially as it ceases to look like the Church that they knew.

The Revd Dr Alan Billings is the Police and Crime Commissioner for South Yorkshire. 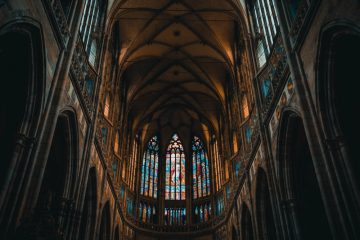 “Soaring energy costs are leaving churches with a choice between keeping their buildings open for community groups or paying their fuel bills next winter. Churches and charities are not subject to the cap on energy Read more…

Salami-slicing of ministry is wrong, Archbishop of York, tells Save the Parish | Church Times

"The Archbishop’s interrogator was Canon Giles Fraser, Vicar of St Anne’s, Kew, and a member of the Save the Parish steering committee. He spoke of “anxiety that the centre of gravity is shifting away . . . as clergy numbers have been cut and parishes become more and more amalgamated and bigger, and that there are more and more people around the diocesan photocopier doing jobs that we don’t understand, and this creates a sort of crisis of trust.” This generated loud applause." 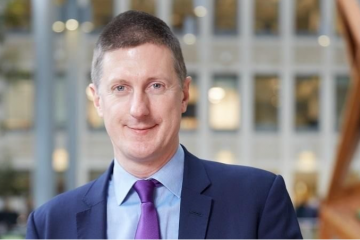 SDF has enabled many people to be “brought to faith”, a new review of the programme concludes, despite the difficulty of measuring the creation of new disciples. The programme has also served as a “lightning Read more…