A new Cornish campaign group has called on the Bishops of Truro and St Germans to stop wasting vast sums of money on bloated administration and failing high-cost new schemes while they are imposing brutal cuts to clergy and churches across the county.

The group is urgently calling for ‘an open, transparent and honest audit’ of current, recent and planned spending by the Bishops before more money is wasted, historic churches closed and reserves drained by the various schemes.

Save The Parish (STP) is a national movement calling for the Church of England to return to its roots i.e. the parish, which for many centuries at the heart of rural communities. Now a Cornish branch has been set up in Truro Diocese by concerned churchgoers.

They are alarmed at the swingeing cuts planned for Cornish churches by the Bishops of Truro and St Germans through a scheme known as ‘On The Way’, while simultaneously huge sums of money are being poured into failing new schemes to allegedly reach new generations of churchgoers. This is despite centralised church admin spending continuing to rise, the new group stresses.

“We can see that some churches are struggling to pay their upkeep costs, and Bishops do indeed need to boost the church’s appeal,” says Peter Bellenes of the STP movement in Cornwall. “But will this really be achieved by pouring huge sums of money from the Church Commissioners, as well from Diocesan funds, into fanciful schemes that simply don’t work? While this is happening, historic churches at the heart of our rural communities face closure. They are our heritage and hugely important to people who don’t attend church – as well as regular churchgoers.”

The CofE’s big push to pull in new and lapsed worshippers in Cornwall is called Transforming Mission – currently being rolled out in Camborne, Liskeard, Falmouth, Higher Town and St Austell.

“In Camborne, a grant of over one million pounds is being spent employing Youth, Education and Worship leaders at salaries way over local average,” says Peter Bellenes. “But it’s already clear that this plan is failing. Wildly optimistic forecasts of increased income from new believers have not materialised – but huge sums are being spent on cosmetics e.g. floodlighting for the church costing £10,000, in a town where the homeless are now housed in shipping containers in a local car park.

“Yet at a recent Deanery synod a local church leader of ‘On The Way’ discussions openly suggested axing the role of one of the two existing established salaried priest roles in Camborne to save money!”

STP Cornwall’s figures show that in the Diocese of Truro, which covers the county, monies raised from congregations easily pay for the salaries of the county’s existing parish clergy – an estimated £3 million.

“What this money doesn’t cover is huge centralised administration costs – £2.7 million in the most recent financial year,” says Peter Bellenes. “Yet it is the practising clergy in our parishes, and the churches they preach in, Cornwall’s historical heartland, that are being chopped, not the bloated spending in the Bishops’ offices and entourages.

“The Bishops could make significant savings by trimming administration costs at Diocesan house. It’s no less than a scandal that churches should close and established priests be cast out under the Bishops’ plans, while church bureaucracy burgeons. We are calling for common sense and an honest audit of Diocesan spending and of the Transforming Mission programme. The Church Commissioners’ money – and church funds – should be spent more wisely.”
ends 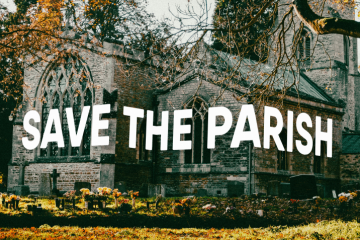 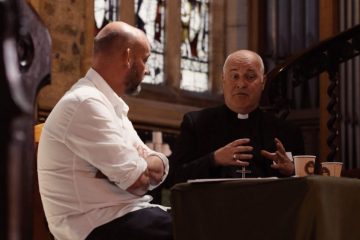