“Considerable resources have been extracted from the parish system since 1976 to fund the current diocesan system. No wonder that so many parishes are struggling to continue their ministry. After the National Institutions Measure of 1998, which gave to the Archbishops’ Council control of spending the funds produced by the Church Commissioners, one significant loss was the Commissioners’ ability to make direct grants to benefices.

Direct financial support to parishes would be much more efficient than using dioceses as middle men, for numerous reasons. Hard-pressed small and rural parishes may not have the human resources to apply well in a competitive grant process. Your leader comment of 11 March (“Jury still out on SDF strategy”) highlighted concerns about grabs for available resources by the powerful and about unfair “tradition bias”. “The Government is making energy-bill discounts universal on the basis that it is cheaper not to have the layer of administration required for means-testing; why does the C of E maintain one head office and then replicate it with another 42 administrative offices around the country?”

Letters to the Editor (1)

What is arguably still more problematic is that, although the Commissioners have announced that they will be increasing their subventions to local projects (for which bids will have to be made), and although they have now established a sustainability fund for the dioceses, these subventions are contingent upon the dioceses effecting programmes of ‘reforms’.

Therefore, the Commissioners have effectively told the Lincoln DBF that the £4m operating deficit can only be resolved if the DBF implements a strategy aimed at curing that deficit.

The corollary of this is that the diocesan authorities have directed that every parish must now grade itself, from Grade 1 (full provision) to Grade 5 (closure). The grading process is supposedly ‘voluntary’, but it seems fairly evident from my touring of the diocese that many PCCs have been subjected to varying degrees of active or passive ‘suasion’, and some will have decided to liquidate themselves on the basis that they are ‘taking a bullet for the team’. However, residual local support for some doomed parishes should not be underestimated: for example, the last service at Saleby, near Alford, where the congregation had fallen to single figures, and which is to be closed, had attendance of nearly 100 (Saleby is in a zone of devastation, in which more than 20 ancient and mostly contiguous churches have been liquidated since 1968).

The effects of this plan are likely to be devastating, but for some in authority it does not go nearly enough. I spoke to a rural dean last Sunday (who has supervision of nearly 40 churches), who feels that the Church should walk away from the entire stock, and just use new buildings in ‘places where the people are’.

Of course, the Commissioners could dispense with the £4m deficit in a trice, as they could all of the operating deficits of other dioceses who will also be effecting various schemes of ‘reform’, some of which may result in ancient churches being liquidated. This is, of course, a conveyor-belt of doom. It can also bee seen in the Chelmsford diocese’s recent push to close churches (Little Wakering, Little Wigborough, North Fambridge, Sturmer, etc. – all ancient foundations).

Yet who, in Denis Healey’s phrase is the ‘Mephistopheles hiding behind this shabby Faust’? Why, it is the Commissioners. The DBFs and DACs will have to take the flak from aggrieved locals, and so function as the Commissioners’ shield; the Commissioners will be able to tell the dioceses that they are, after all, providing higher levels of support (i.e., that the dioceses should shut up), and all the while the parishes will continue to have to provide more (and at a time when many on fixed incomes or wages are being eviscerated) for less. The parishes continue to underwrite the profits of the Commissioners, regressively, via parish share provision which has, since 1995-98, absolved the Commissioners from what was hitherto their primary function: the payment of about half the stipends bill, and covering 100% of pension accruals. 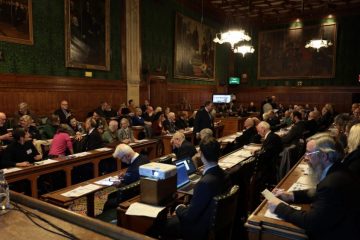 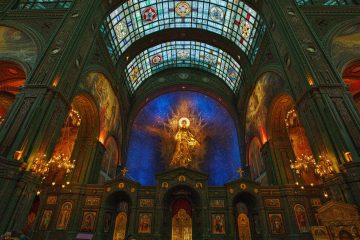 The impact of being in church buildings | Extract, Telegraph, John-Paul Flintoff

“I carried on drawing. Slowly, I was noticing the world and finding the beauty in it – not seeing the beauty but actively finding it. A lot of that beauty was in the churches where Read more…

“Bishop Richard Llewellin is right that amalgamating parishes into megaparishes is a disastrous strategy that, as the Church’s own research tells us, drives decline in church attendance and giving. !ere is now plenty of evidence Read more…