I am vicar to three rural parishes in the diocese of Salisbury. The Church of England emerges from two years of crisis a bit out at the elbow, to be sure, bruised, with its back to the wall. But aren’t we all? Here, the Church finds itself unexpectedly in step with the nation. In a parlous financial situation and worrying about the future, the parish church faces problems familiar in households across the country.

As such, it is able to speak authentically into the situations we face. As G.K. Chesterton puts it:

Over the last couple of difficult years, the parishes have proved themselves full of courageous and generous insurgents. Church House and the dioceses less so. The parish system in this country is a deeply embedded capillary network of neighbourliness and personal relationships. But Church House and the dioceses no longer seem to view it as vigorous and life-sustaining. Swept up on a tide of ‘strategy’, managerialism and corporate leadership programmes, the Church of England has adopted a centripetal model, choosing to cut away encumbrances like clergy and church buildings, drawing resources from the parishes, rather than pouring resources into the parishes.

This profoundly un-conciliar, centripetal direction of travel needs to be completely reversed. The Church of England must become centrifugal, recognising its roots in the parishes. In his 2020 book, English Pastoral, James Rebanks writes of how farmers during the twentieth century learned to rely more and more on mechanisation and agrochemicals. He describes how “Obstacles like woodlands, hedgerows, ponds, bogs or rivers were cleared, drained, straightened or filled in.” In just the same way there are voices in the Church who wish to dismantle the parish system, to do away with ‘limiting factors’ such as clergy and church buildings.

Of course, a streamlined and CEO-led CofE might sound attractive. But at what cost? Rebanks writes movingly of how farmers are beginning to rediscover the vital importance of the soil, of working with nature (and all its encumbrances) rather than around it. He describes how farmers are learning to modify or abandon some of the temporarily profitable, but ultimately ruinous, methods adopted more or less wholesale by a previous generation. He describes the gradual reintroduction of an ancient and more sustainable approach to agriculture and land management.

Like the farmers in this country, the Church of England faces a deep, inherited crisis. Like the farmers, perhaps it might find a solution where it tends to look last: right under its nose. From where I’m living and working, the various Church factions all seem to fall into the same trap: obsessing over the Church itself and internal politics. How would the situation look if we focussed less on what the Church of England is, and more on what it’s for?

I suggest the parish may be the best answer we have to that question. Our ancient parish system is something like a complex rhizome buried in the soil of this nation – a living, reticulate mat of relationships and inter-dependencies. It absorbs and sustains and expresses a rich biodiversity.

The church buildings in which I work and worship – ancient stone and flint boxes tucked into the gentle rucks and folds of the Marlborough Downs – are profoundly important. But it’s how they are important that matters.

There’s a thin, ‘Simon Jenkins’ definition of ‘heritage’; and a thick definition. We’ve rather come to adopt the former, understanding ‘heritage’ as a visitor attraction, as an entry in a guidebook, as culturally or historically or architecturally significant. Preserved for the nation, such heritage buildings become museums.

A thick definition of ‘heritage’ recognises the (Old French) root of the word. It is our inheritance. It doesn’t belong to us; we belong to it. We don’t go to it; we grow from it. We don’t preserve these buildings; they preserve us. At a wedding, the other day, the father of the bride approached me with tears in his eyes. He told me his parents and grandparents and great-grandparents are all buried in the churchyard. He pointed out the place at the back of the church where he’d been one of the Wise Men in a nativity play, where he’d sat to sing in the choir, where he’d been standing when his daughter was baptised. He was talking about his roots, about belonging.

It may seem easy to dismiss the idea of a re-rooted, parish-centred, centrifugal Church of England, to brand it traditionalist or stuck in the past. But it is ‘heritage’ in the true sense of the word. Of course, a hand-me-down inherited Anglicanism, and the parish church where it is expressed can become atavistic and dry. But it needn’t. We can be as free and faithful in the traditions we inherit as we are in the expressions of worship and religious life we like to label ‘fresh’ or innovative.

Wisely, George Eliot asks in The Mill on the Floss, “What novelty is worth the sweet monotony where everything is known, and loved because it is known?” That could almost be a definition of ‘parish’: something that is loved because it is known. And in the case of the parish, it works both ways: the parish is somewhere we are known and loved in turn. An ancient, home-grown, grassroots life support system; at its best, the Body of Christ in gentle, loving action.

James Rebanks recognises the beginnings of a solution to our environmental crisis in the natural landscape all around us. Not in farming itself, but in that on which farming depends.

Likewise, a solution to the Church’s crisis may lie not in the Church but in that on which Church depends, what it grows from: God’s grace, and the parish. 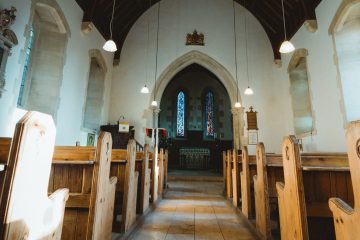 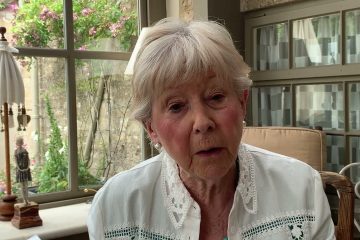 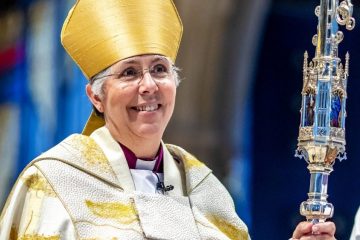 Extracts from Address by Bishop of Chelmsford | Diocesan Synod, June 2022

"I won’t be launching any new initiatives... I’m committed to supporting and empowering, as best we can, each local context to discern for yourselves how you are to be God’s people in your bit of the world, always facing outwards to the needs of the community in which you are based and working in partnership with others."