The combined scent of damp hymn books, dahlias slightly past their best, candlewax, Brasso and Victorian radiators: breathing in this intoxicating smell is one of the delights of living in England, with its 12,500 parish churches at the heart of every village and town. To press down the latch and feel the church door opening rather than remaining stubbornly shut is one of life’s great reassurers. So, this 1,000-year-old architectural gem is still living, breathing, working! Hymn numbers on the hymn board! Bad drawings of Jesus by the Sunday School children! A bible open on the lectern!

Or is the church you’ve chanced upon locked up, and actually on life-support, almost dead? Is it one of the churches euphemistically named ‘Festival Churches’ in a cynically upbeat new Church of England branding, meaning ‘a church that only has services four times a year, at Christmas, Easter, Harvest and Patron Saint’s day, which is better than nothing, because the other option is that it’ll be closed down for ever’?

The Church of England, rather like the NHS and the BBC, is a sprawling institution struggling to keep its head above water, and somehow managing to against all the odds. But unlike the NHS and the BBC, the general public does not pay tax or a licence fee for the Church, unlike in Germany where there’s an obligatory church tax. And a good thing too, because why should atheists and agnostics have to stump up money for something they don’t believe in? But the vast majority of us, of all beliefs and none, do like the church to be there at key moments of our and our beloveds’ lives: the baptisms, marriages and deaths of close family members and friends. And it is there, just doing its stuff, week in, week out.

It allows anonymity. It’s fine to sit at the back and not to hug or even say hello to anyone. It’s also very English in its tolerance of people with deeply contrasting attitudes to Christianity and indeed to life. At one end, you have those of a ‘catholic’ persuasion, who love liturgy, robes, incense, Holy Communion, choral music and ‘Lead us, heavenly father, lead us’ sung from the English Hymnal. At the other end, you have the evangelicals, with their drum kits, TV screens, guitar-accompanied love songs to Jesus, and forty-minute-long sermons about the reality of Jesus coming into your life. You might think it would be the former, more old-fashioned-seeming type who would be the more strict when it comes to living out sexual desires of whatever persuasion, as long as it’s with a consenting adult, but in fact it’s the latter. Just go on the website of St Helen’s Bishopsgate, the leading conservative evangelical church in London, and watch their video of how to keep ‘same-sex attraction’ firmly in check, as they believe that God, Jesus and the Bible intend.

‘We don’t own the truth,’ as Canon Bruce Ruddock said to me, explaining how the C of E works. ‘We wrestle with it, wrestle with all the theological questions. We don’t have a magisterium that pronounces on the truth, as the Roman Catholics do.’

At the moment there are 7,670 stipendiary priests in the Church of England, 2,880 ‘self-supporting’ ones (euphemism for ‘unpaid’), plus a backup backbone of 7,210 who have ‘permission to officiate’ – those tend to be the retired ones, a literal godsend in villages all over the country in desperate need of someone to take next Sunday’s eucharist. Quite a few of the so-called ‘stipendiary’ clergy aren’t actually paid any money. If you look at the advertisements for clergy in the Church Times, first you’ll see the daunting list of desirable attributes required of the successful candidate (‘Jesus-centred’, ‘missional in outlook’, ‘visionary and strategic’, ‘bold and servant-hearted’), and then you’ll scroll down to the bottom and often find the words ‘House for duty’. This means the successful candidate will get a house to live in but nothing more except a few expenses. The house is their pay. Which means there needs to be a bread-winning spouse or partner. Because what on earth is the poor successful candidate expected to live on, or in, when he or she retires?

David, the ever-anxious parish priest in The Southbury Child, torn between the demand to give people what they want and his deeper urge to give them what they need, is a finely drawn and salient example of the breed living at the coal face. And it’s not surprising when you hear about how tough it is to be a parish priest these days, that David struggles with both an alcohol problem and a marriage problem. Both of these are all too common among today’s harassed parish clergy.

Their main source of harassment? Not, as you might expect, the local vandals who steal lead from the church roof, although those are a massive headache. No: it’s the diocese. The diocese, which you might think would be there to look after the clergy, helping and encouraging them and their whole benefice of churches (sometimes numbering nine or ten Grade 1-listed medieval buildings in constant need of repair), is actually their blood-sucker, demanding a vast sum of money each year. Peter Owen-Jones, the parish priest of Firle, Glynde and Beddingham in East Sussex, tells me that he’s a ‘house for duty’ priest, so his three tiny parishes of do not have to pay a clergy salary; but they still have to raise £30,000 a year to pay to the diocese. That money doesn’t pay for any church repairs; they have to fund all those themselves as well (Parishes that do have a stipendiary priest are expected to pay the diocese £70–80,000 a year.) Owen-Jones is trying to generate a desperately needed source of income by getting planning permission to build two holiday bothies in the churchyard. ‘The diocese,’ he reminds me, ‘also take a cut from all the activities in the church. They take a cut from all weddings and funerals and monuments in the churchyard, and it’s also the parish that must pay the expenses of the vicar, so when you tot all that up, it comes to a great deal more than £30,000.’

Where’s that money going, once it’s swallowed up by the diocese which doesn’t say ‘thank you’? Well, it’s paying for a swollen bureaucracy of middle-managers; an army of people with job titles such as ‘mission enabler’ and ‘digital mission advisor’ whose salaries are often double that of a parish priest. Whereas a century ago the diocese of Leicester had just one diocesan employee – the bishop’s driver – it now has 120. The central church is obsessed with growth, terrified that attendance figures are going down (which indeed they are), and its current thinking is that the only way to counteract the decline is to pour money into diocesan initiatives overseen by middlemen and women.

The people paying for this? The parishioners of all our towns and villages, who covenant from their earned income and work tirelessly with their parish fetes to feed the insatiable diocesan beast.

‘We need to expand and reimagine and revitalise the parish system, not dismantle it,’ said the Archbishop of York recently, countering the accusation that the central church is aiming to make it easier to close down parish churches. But he did add, ‘If you want a parish priest, you have to pay’. The priests I have spoken to protest that if you lessen the number of parish priests, as it is proposed, and rely on lay people overseen by one or two paid priests across a whole diocese, the result will be even smaller church attendance because the one thing that keeps people going to church is knowing their local parish priest, who when they bury their parent or grandparent will actually have met them.

‘But the church is vastly wealthy, isn’t it?’ Good question. Yes, the Church Commissioners have over £9 billion in their coffers – a nineteenth-century legacy from selling off ecclesiastical property – and the return on that generates money to pay clergy pensions, but no longer clergy salaries. It has also released many millions to pay for the new Strategic Development Fund (how they like those grand titles), aiming to stem the decline in the most struggling dioceses. But will it work? Rural parishes fear that they, the backbone of the whole enterprise, are being neglected, milked for funds, kept short of staff, and threatened with extinction.

It didn’t help when the Archbishop of Canterbury presided over Eucharist from his home kitchen on Easter Sunday 2020, giving out a strong signal that church buildings are not important. He has since regretted closing down churches, even banishing priests from entering them, at that crucial time. Sending the message that church was not an essential service was indeed an own goal.

Reproduced with the permission of Ysenda and the Bridge Theatre 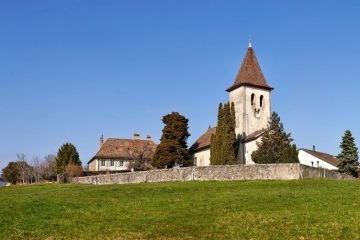 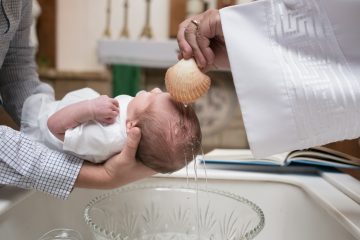 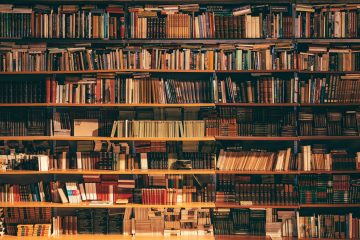