We prayed for our Sovereign Lady, Queen Elizabeth II every week at church, so when my vicar stumbled on “Eli- Charles”, we all had that sad smile pull at our lips. Not much of the rhythm of Anglican worship is bound up with the Royal Family, as it is a truth spoken only rarely because of its self-evidence, so when that small background hum is interrupted, even for a moment, we recognise it.

My church, St. Augustine’s, in Edgbaston, had always seen it as our duty to mark the significant moments of Her Majesty’s life, which of course meant primarily the Accession and Jubilee dates. And the grandeur of ceremony is really when our Victorian church comes alive, with trumpets, full choir stalls and a good, throaty joining in from the pews.

But the passing of a life is a less grand affair; it felt more appropriate to hold a solemn mass, with the National Anthem sung at the end. It is criminal how few people know the first two verses – myself included – but we murmured along through that second verse and then made sure to join in fully at “God Save the King”. As the mourning period covered two Sundays, both were regular masses in this way, with the addition at the end, but on the second Saturday, we held a full requiem mass and prayed for the soul of Queen Elizabeth II, and marked her duty and service.

My church did something more important, though. It offered a place for mourners to come and share in their grief, mark the passing of our great queen, and reflect on her life. Like a reflex, those we do not see every Sunday found themselves filling the pews, lighting the candles, singing the hymns, signing the diary of condolence, and remembering Her Majesty in all the ways – private and public – that tumble out of us so naturally. Thank God it was there to do so.

On the day after the Queen’s death, there was a service in all 5 of the churches in our benefice, on a staggered schedule between 5pm and 9pm. Each was well attended, in many cases by people who would not normally be in church. It was striking how each village community turned out in its own church. The churches provided a place where the community could express its feelings for the Queen and for what she represented.

We did various things in the parish church of New Longton All Saints’ (parish population 3761) to commemorate the death of Her Majesty the Queen. 166 people signed a Book of Condolence that was open and manned every day through the period of National Mourning. We held ceremonies to lower the flag on the evening of the announcement, attended by about 50 people at 10 minutes’ notice (by email and social media), to raise it for the proclamation on the Saturday (about 30 people).
We had a bumper load of people at the Holy Communion services on the Sunday of National Mourning (about 120 in total), and about 150 people, including 44-under 16s, for our Service of Commemoration on the day before the state funeral.
St Paul’s Covent Garden, Diocese of London

Here at St. Paul’s Covent Garden, we made a last minute decision to live stream the State Funeral. We have access to high-tech screens and projectors, so knew we could deliver a quality experience.

We felt that many people, particularly perhaps elderly people, would not want to experience the funeral alone.

Although the publicity was, inevitably, very last minute, well over 100 people attended.

The response was incredibly positive….especially from people who don’t normally attend the church but feel that it is very much ‘their’ space. They may not come to church regularly but they look to the Parish Church in times of stress ( we also had quite literally thousands of people through our doors during the period of national mourning and our book of condolence runs to hundreds of pages)

This is what parish churches can do!

The church was open to enable people to have a quiet reflective space. There was a table set up with a book of condolences, photo of the late queen and flowers . All done the day after she died.

The proclamation of the new king was read in church.

The late queens funeral was shown on the large screen TV in the parish hall , in partnership with the hall committee. St Sampson’s officiated and provided the book of condolences. 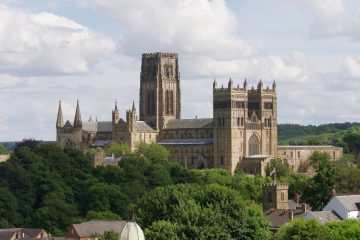 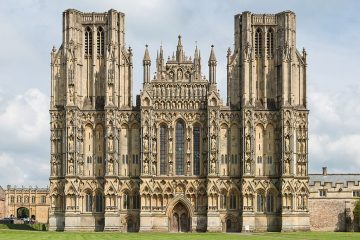